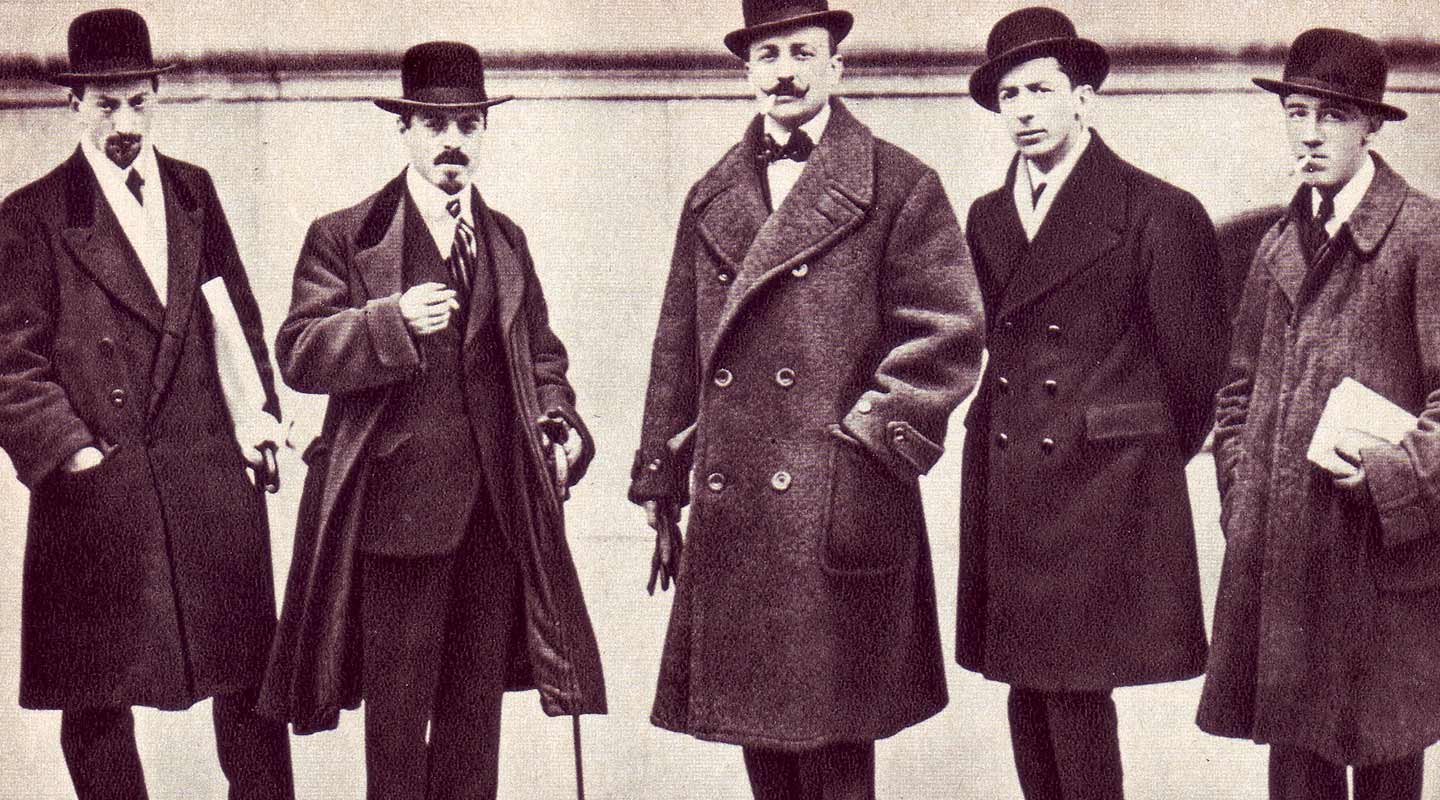 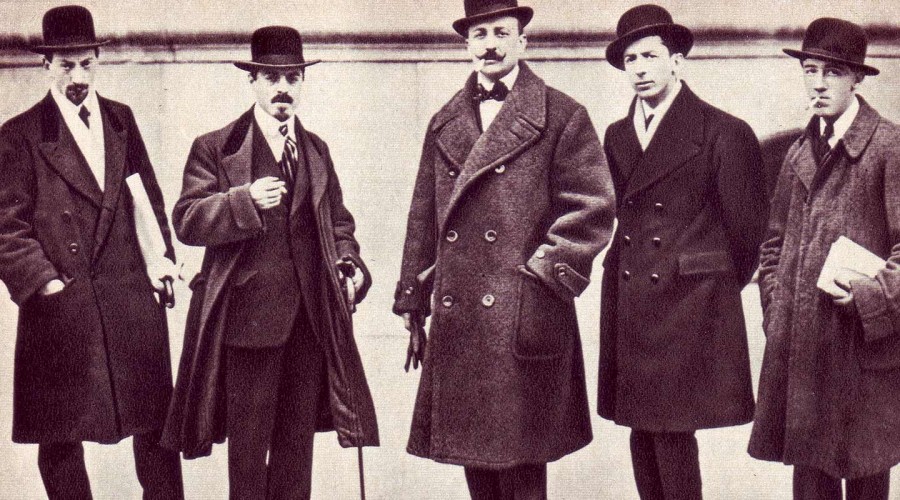 Filippo Tommaso Marinetti, born in Alexandria in Egypt in 1876, died in our region - Bellagio - on the 2 December 1944. Marinetti, an Italian poet, writer and playwright, is primarily known as the founder of the Futurist movement, the first avant-garde Italian concept of the Twentieth Century.

Marinetti is part of Hotel Excelsior Splendide’s history as he stayed here every time he visited the pearl of Lake Como.

Literature has up to now magnified pensive immobility, ecstasy and slumber. We want to exalt movements of aggression, feverish sleeplessness, the double march, the perilous leap, the slap and the blow with the fist”

From 1905 to 1909, Marinetti headed the Milan based periodical, Poesia, of which he was a founder. The periodical was unique as it introduced unknown symbolist French and Belgian authors to Italy. Subsequently - in 1909 - he became the first official power to head a poetic movement: Futurism.

The birth of the movement

Futurism was founded by Filippo Tommaso Marinetti in Paris in 1909, the year in which the first "Futurist Manifesto"appeared in the newspaper, Figaro. It included ideological concepts resumed by Nietzsche, Bergson, Sorel, D’Annunzio, Zola amongst many others. The first aspect pertaining to the movement relates to the explicit revolt and complete refusal of present culture and tradition, which expressed itself by means of the wish to destroy all that which belonged to the past.

Futurists wanted to look forward and already lived "for the day" and in no way, wished to look to the past. Aggressiveness represents another notable feature of Futurism, its promotion of violence, which stated: "we want to exalt movements of aggression... the slap and the blow with the fist", to end finally with extreme violence, hence, war, the "cleansing of the world" in the sense that causing the death of millions would serve to also liberate the world from much human rot.

The Futurists then assumed an exaggerated view of the progress relative to machinery, seen both as a tool governing industrial production, and something self-propelling, the characteristic thrilling aspect being speed. In this way, they dedicated a verse to the "nocturnal vibration of the arsenals", and additionally, stated that a racing car "with its bonnet adorned with great tubes" (chromed tubes which carry the engine exhaust gas) is of greater beauty than the Victory of Samothrace. Whilst observing the world of work, they began to understand the imminence of a violent clash between capitalism and forces organised by the proletariat and they stood ready to sing the "great crowds agitated by work, pleasure and revolt" because "beauty exists only in struggle". Anticipating certain elements of the organization of Fascist action squads, they proclaimed their disgust of fear.

Marinetti was the most volatile amongst a group of writers and artists who gathered in Paris to share experiences, ideas and concerns. Common to Futurists in Italy and France was a heightened vitalism which could be seen with the refusal of classic tradition, the Enlightenment and Romanticism. Their ideology aspired to individualism which was simultaneously populist and undemocratic.

On our official website we always guarantee you the best available rate and exclusive offers for an unforgettable stay.

To confirm reservation with credit card, this website uses a secure server, according to the universal coding standard Secure Socket Layers (SSL).

Our staff is always available to assist you during the reservation process and offer you the best solution for your stay. Contact us at +39 031 950225 or via email at info@hsplendide.com